In the primate visual system, different types of neurons are designed to process different visual features such as color, form and motion. Previous studies have revealed modular projections from area V2 to area V4 in macaques. Specifically, V2 neurons in cytochrome oxidase (CO)-rich thin and CO-sparse pale stripes project to distinct regions in V4. However, how these modular projections relate to the functional subcompartments of V4 remains unclear. In this study, we injected retrograde fluorescent tracers into V4 regions with different functional properties (color, orientation, and direction) that were identified with intrinsic signal optical imaging (ISOI). We examined the labeled neurons in area V2 and their locations with respect to the CO patterns. Covariation was observed between the functional properties of the V4 injection sites and the numbers of labeled neurons in particular CO stripes. This covariation indicates that the color domains in V4 mainly received inputs from thin stripes in V2, whereas V4 orientation domains received inputs from pale stripes. Although motion-sensitive domains are present in both V2 and V4, our results did not reveal a functional specific feedforward projection between them. These results confirmed previous findings of modular projections from V2 to V4 and provided functional specificity for these anatomical projections. Together, these findings indicate that color and form remain separate in ventral mid-level visual processing. 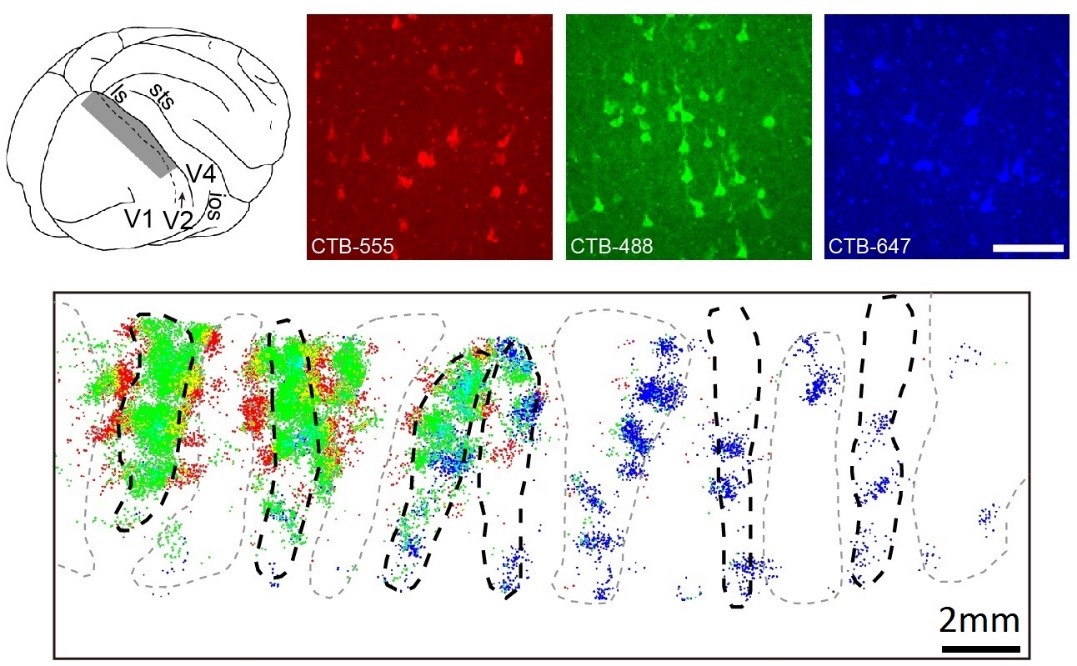 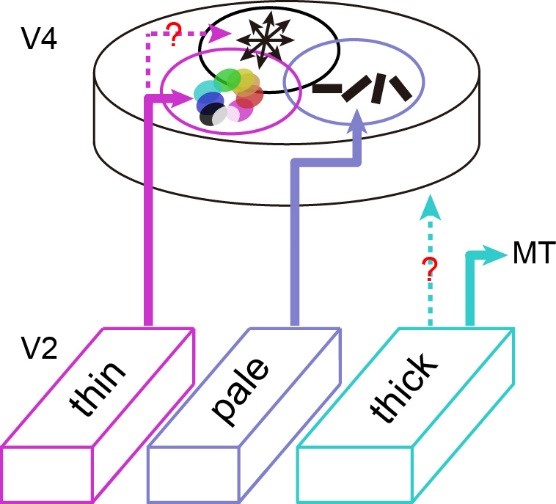